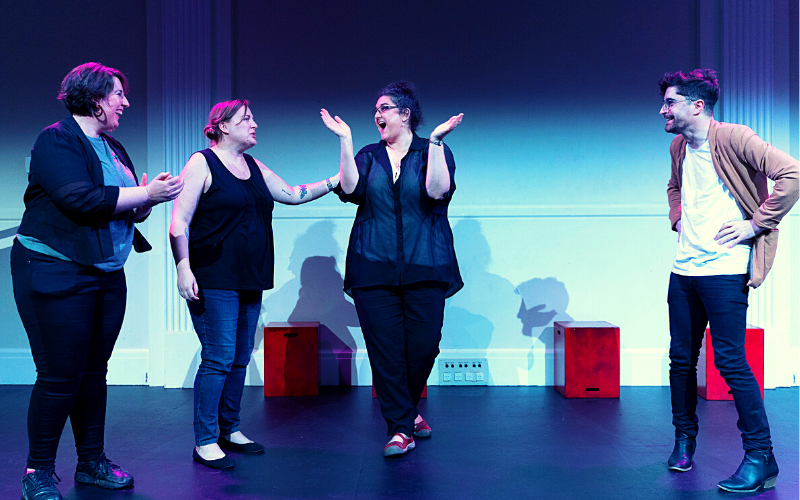 Four actors, one act, no script. In One Act/Play, the Locomotive team creates a unique, improvised play for you, right now. Will it be touching? Hilarious? Dramatic and heartfelt? Very likely, but you’ll only find out by being there. Performed monthly at BATS - catch this and LNKF for a massive Saturday of improv!

“This is an authentic theatrical experience that will reward anyone who’s sick of the glib predictability of pre-packaged television, wants to disconnect from the barrage of news and social media and watch real human beings at work demonstrating excellence in a difficult craft, or who wants to learn more about storytelling.” — Theatreview

“THE ACTORS MAKE IT LOOK EASY. PERHAPS THIS IS PRECISELY BECAUSE IT IS UNREHEARSED AND NEW, AND THAT, AFTER ALL, IS HOW LIFE PLAYS OUT.”

Created and performed by Christine Brooks (the bold one), Clare Kerrison (the thespian one), Matt Powell (the story one), and Jennifer O’Sullivan (the joyful one).