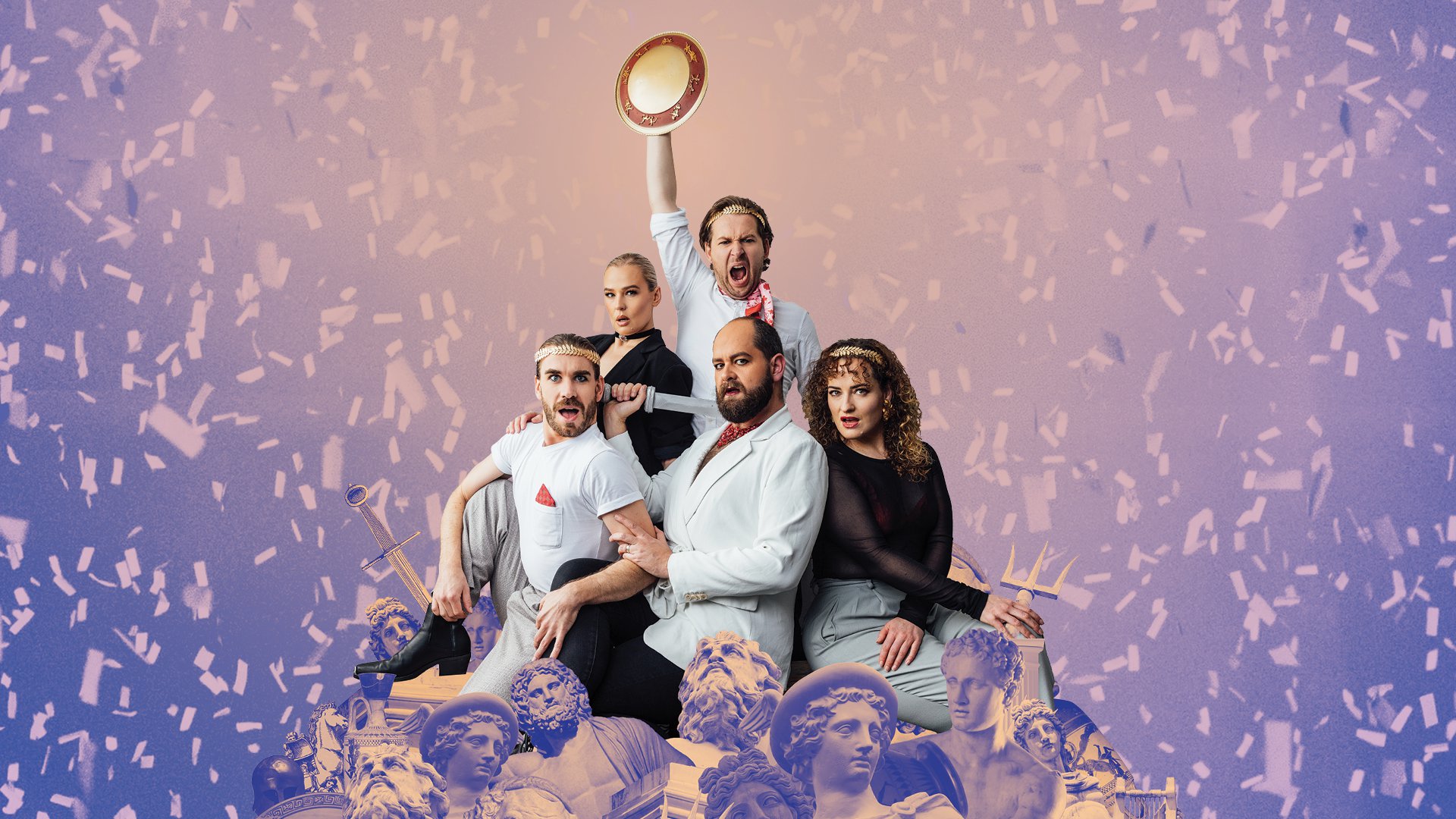 The delightfully mischievous and totally hilarious theatre company A Slightly Isolated Dog is back with The Trojan War, their latest rambunctious work. Playing at BATS Theatre 16 - 20 August and Basement Theatre, 23 August - 3 September, this is the third instalment in their trilogy of highly interactive shows that retell well-known stories in a unique and playful way.

The first two shows in the series, Don Juan and Jekyll & Hyde, were hugely successful, taking the company across Aotearoa, overseas to the Edinburgh Fringe, and most recently to Australia. Now, The Trojan War is an explosive and hilarious celebration of our ridiculous lives: using this classic tale of gods and heroes to poke fun at the current chaos of our times.

Using a cast of their signature faux-French performers to create a joyful interactive celebration that explores theatre and storytelling, this is a show like no other - it’s theatre meets a wild dress-up party, combining theatrical magic, twisted pop songs and explosive wit to create an entertaining romp through this twisted classic tale.

When Paris is born, it is prophesied that he will bring the destruction of the city. To avoid this fate he is sent away to be sacrificed. But this starts a series of events that will inevitably lead to the destiny his parents were so desperately trying to avoid. The Trojan War tells the story of the tragic fall of Troy.

Since 2005, A Slightly Isolated Dog has been creating highly comedic devised theatre, delivering frantic and hilarious works in the style of Monty Python meets The Mighty Boosh. The company’s innovative theatrical style - a mashup of sketch comedy, improv, music, and physical theatre - makes for an unforgettable experience. Never losing their drive to connect with audiences,even during lockdowns, the company first put the call out to their fans on social media for stories they wanted to see given their trademark treatment. Zoom workshops and video content followed, considering stories like Beauty and the Beast and the tale of Oedipus, before the drama and tension of the Trojan War proved to be the strongest thread to weave. After a thwarted attempt to put the show on in 2021, the company is thrilled to finally be bringing this work to the stage.

Directing this hilarious, seductive and boundary-pushing telling of events is the company’s Artistic Director Leo Gene Peters who discovered a few similarities between our current pandemic-governed times and Ancient Troy. “We were drawn to the presence of the fates in the story and how it controls everything, even the gods,” says Peters. “The will of the fates must be answered, regardless of how unjust or unfair it may be. Also, the battle of Troy itself was a 10 year long stalemate and then a very bloody burst. The story offered us a lot of parallels to our time: a lot of waiting and isolation, being at the whim of the gods or the kings who are just self-centred egotists making selfish decisions that cause tremendous harm to the people they are ruling over, finding ourselves overwhelmed by all of these things that are out of our control but still having to go about our lives and pretend it's all 'normal.'”

Charming the pants off the audience is Cherie Moore (Valerie, Shortland Street: The Musical) and long time A Slightly Isolated Dog collaborators and Don Juan and Jekyll & Hyde performers, Jack Buchanan, Susie Berry, Andrew Paterson and Jonathan Price, all of who will play a revolving repertoire of raucous characters.

“joyful, positive, sexy, hilarious and clever. I wish I could stay for hours.” 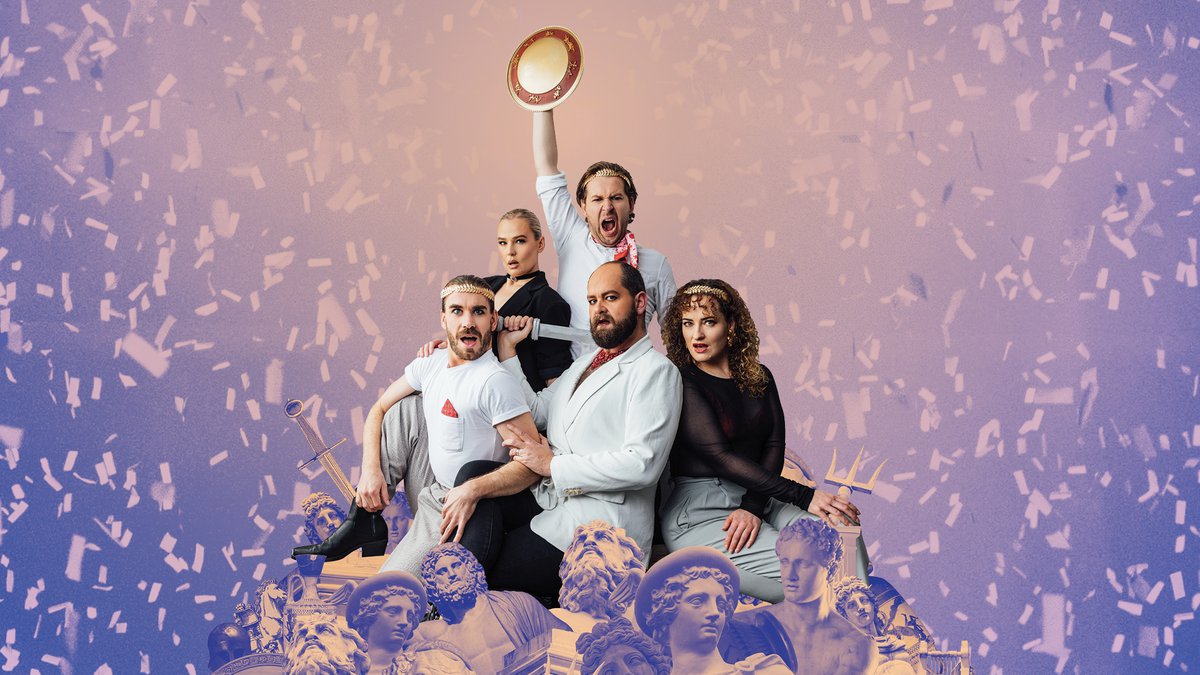