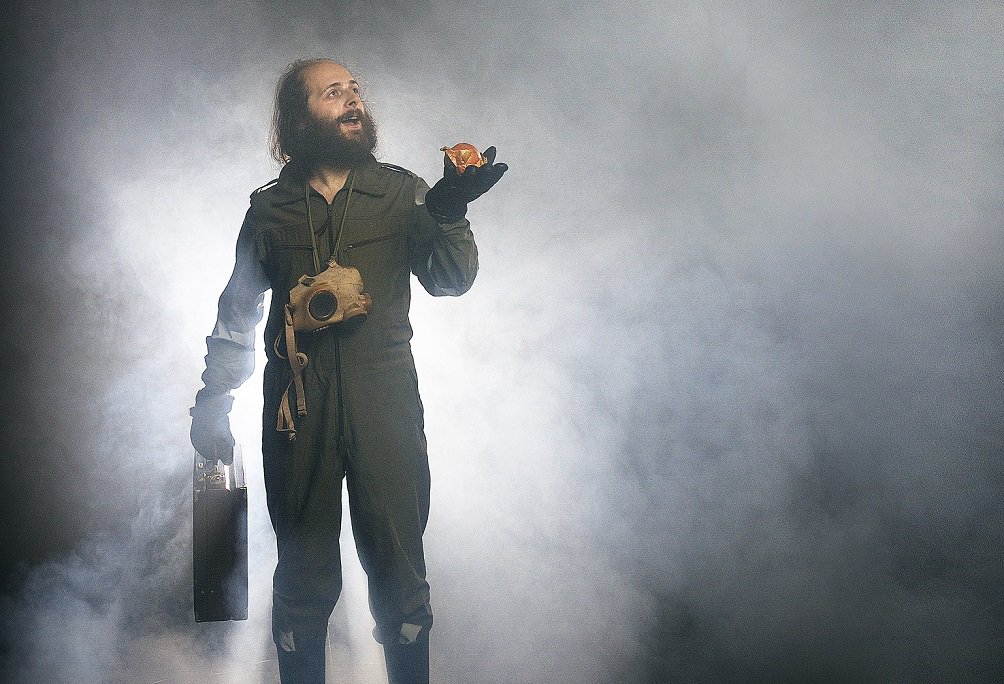 THE FINAL HOURS HOUR: A COMEDY PLAY FOR THE END OF THE WORLD

WRITTEN AND PERFORMED BY BEN VOLCHOK

THE WORLD IS OVER… BUT THE SHOW MUST GO ON

What is the point of art in a dying world? What makes life worth living? Can a human being subsist on nothing but onions? Find out in the NZ debut of The Final Hours Hour, an award-winning solo comedy play about loneliness,  apocalypse and the things we do to counteract them both. Also: onions.

The world has ended, and one lone soul in a bunker broadcasts a radio show to anyone who might be listening across the very dead air. The show toes the line between comedy and theatre, between expectations and reality. There’s jokes, drama, onions, multiple tape recorders, and… have I mentioned onions?

Let’s face it: the world is slowly disintegrating before our eyes. We’re all terrified, but hopeful (well, I am anyway). This show channels that fear into a dark, silly piece of theatre that is both a cry for help and a declaration of acceptance. And this was all written before covid!

Like The Goon Show meets Krapp’s Last Tape, The Final Hours Hour is experimental, existential,  and more than a little silly. The Barefoot Review gave it 5 stars, calling it “absolutely stunning …  marvellous and powerful”.

Written and performed by Ben Volchok. Directed by Sandy Whittem.

Ben Volchok is a Melbourne-based writer and comedian. He has created and performed in shows in  the Melbourne Fringe Festival, Melbourne International Comedy Festival and Adelaide Fringe Festival, as well as for radio and podcasting. His work has also been published in Melbourne magazines such  as Funny Ha Ha and Going Down Swinging. He is a past winner of The University of Melbourne’s  Campus Comedy competition, past winners of which include such established artists as Hamish Blake,  Ronny Chieng and Sammy J.

After a striking debut in Melbourne Fringe 2019, The Final Hours Hour won the Hong Kong Touring  Award at the 2020 Adelaide Fringe Festival, and is now debuting in NZ at the wonderful BATS  Theatre in Wellington.

That is, if the world lasts that long…

WHERE: The Studio at BATS Theatre (1 Kent Tce, Wellington)