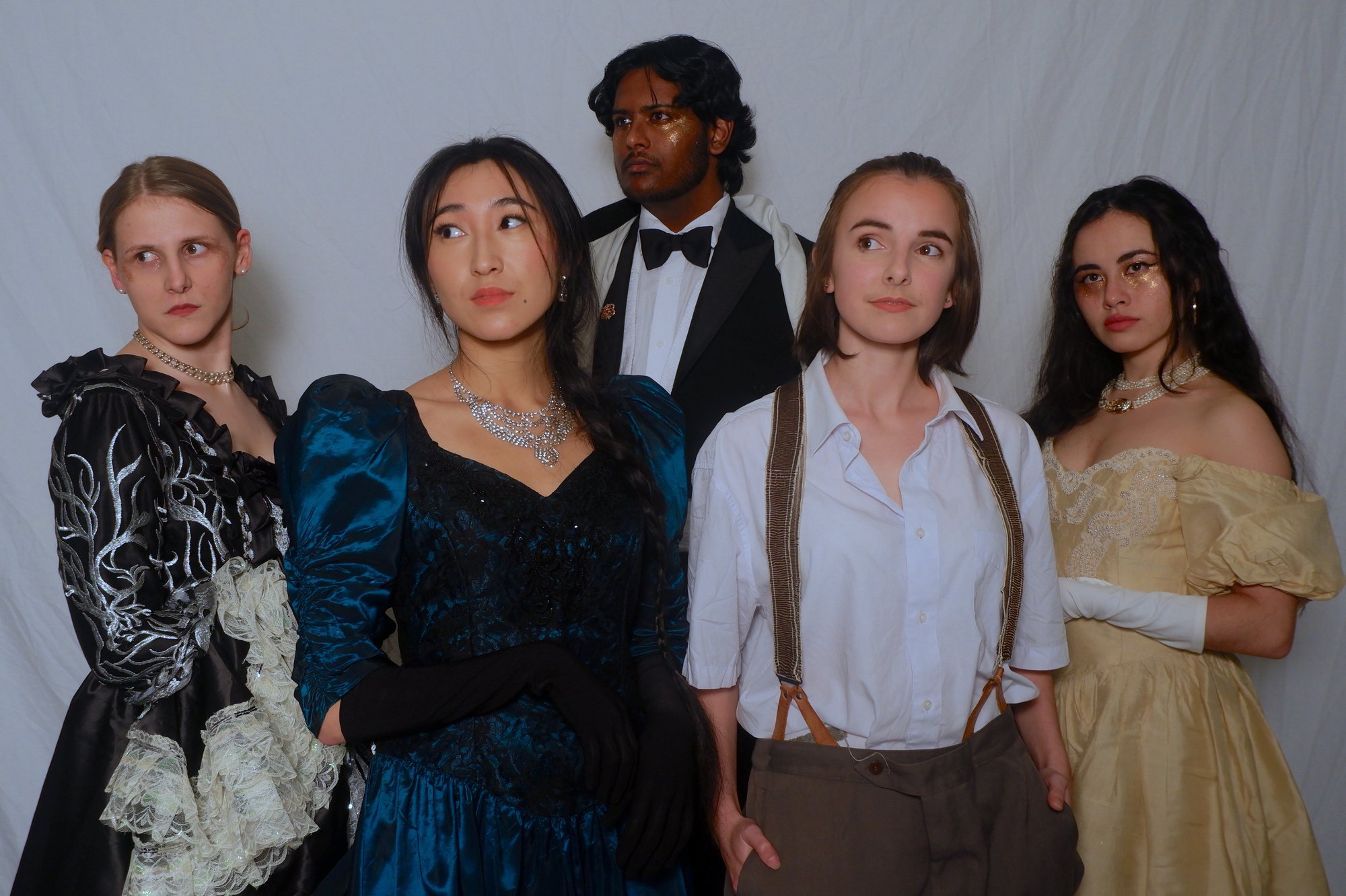 Not all that glitters is gold - a fact Edith Waterford soon learns when she goes out to make her fortune in the Otago goldfields. After arriving in the new town, she soon meets Augustus, a charming dandy who seems to know everything about the world. Soon afterwards she meets Helen, who convinces her of her own desires, and eventually, Sybil, who tries to convince her to hate the world. Finding herself allured by the various ideologies presented to her, Edith soon finds herself living a life of Hedonism and excess, despite her love for the simple gold miner Penny. But soon, Edith's indulgences start to catch up to her, and she learns the true price of following blindly.

This musical is entirely run by young creatives, written and composed by poet Cadence Chung and co-directed with university students Lewis Thomson and Hazel Perigo-Blackburn. It was first put on at Wellington High School in August 2022. In Blind Faith not only provides philosophical insights into the journey we all make as we try to reach our goals, but also provides a fresh diverse representation of colonial New Zealand, with a particular emphasis on Asian and queer representation. It features 14 original songs that showcase a range of genres, from ballads to bangers. Thought-provoking, fresh, and humourous, the show will take you on a wild new ride through an age-old story, and perhaps you'll learn something along the way.