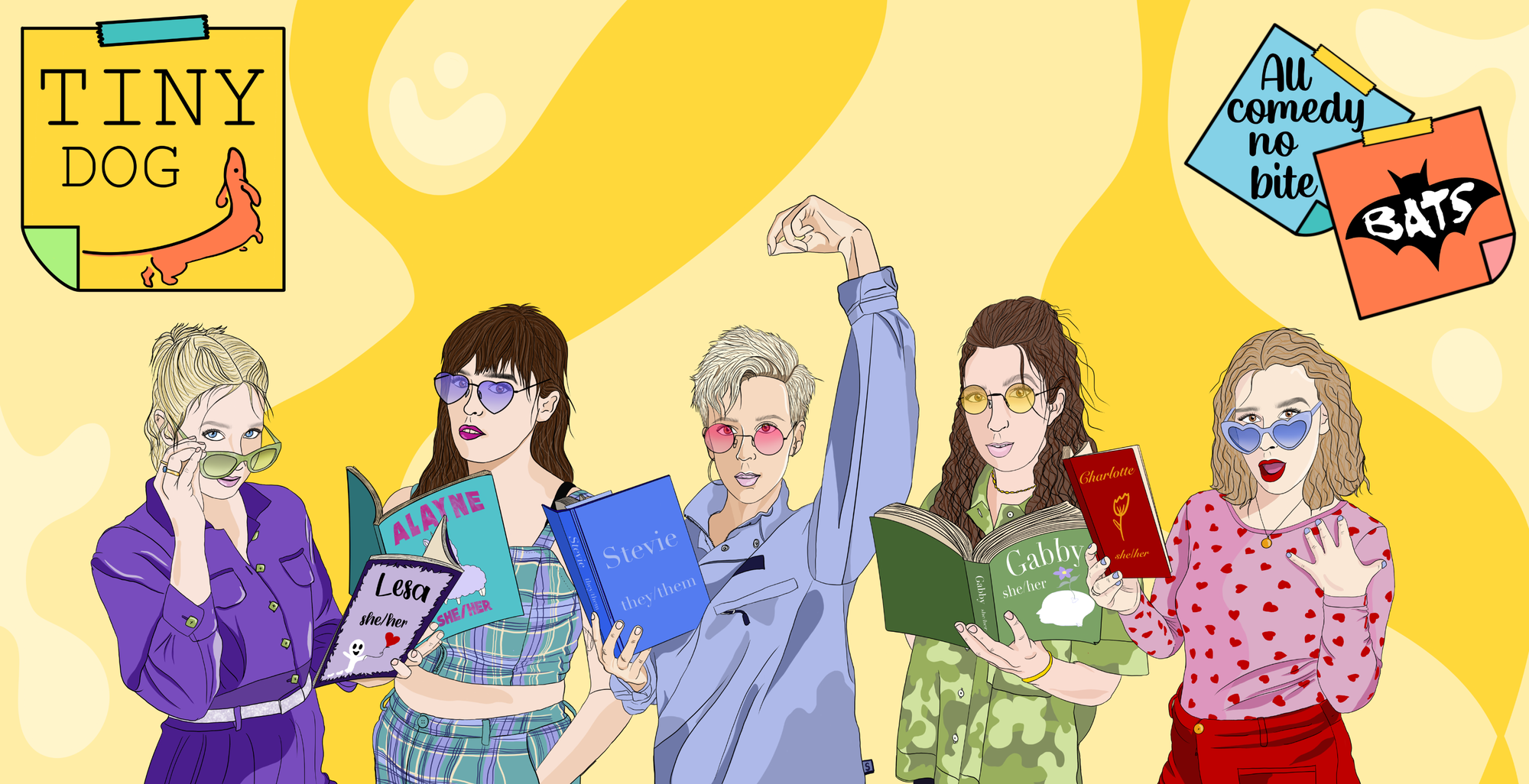 Each month, Te Whanganui-a-Tara’s fierce new improv company will be bringing you fast and loose improvised comedy. Come along for a night of some of Wellington’s most top-of-their-game comedians at their most silly.

Tiny Dog is an improv company made up of Gabby Anderson, Stevie Hancox-Monk, Charlotte Glucina, Lesa MacLeod-Whiting, and Alayne Dick. Combined, they have won and been nominated for many awards, but it would be obnoxious to list them all here. Just know that they are all very cool.