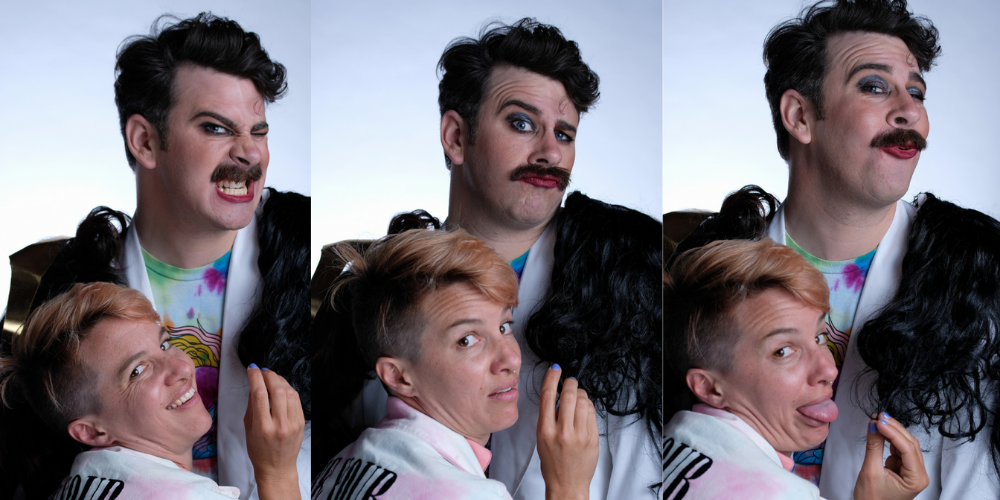 Too Much Hair is a new musical cabaret about gender euphoria.

Anyone who has had a drain clogged by it, or found an errant follicle in an otherwise delicious food, will be able to attest to the frustrations hair can bring. When it comes to fashion and gender presentation, hair poses even more difficulties. Do you wear it long? Is that too feminine? What is an acceptable level of hair on various parts of one’s body? Do you shave your face, legs, or even arms? What about those pesky eyebrows?

Too Much Hair combines celebratory stories about gender identity and expression with the power of music. Don't miss this musical paradise for Thems, Femmes, Mens, and everyone in-between!

The title is inspired by a poem by Hone Tuwhare, from an edition illustrated by Ralph Hotere, where God is described as, 'A faceless /hermaphrodite /in turns /displaying /much /lovingness /much stern-ness /too much hair'.

Many of us, at one moment or another, have felt that we've just got too much bloody hair.

Created in conversation with the gender diverse community in Ōtautahi and Pōneke.